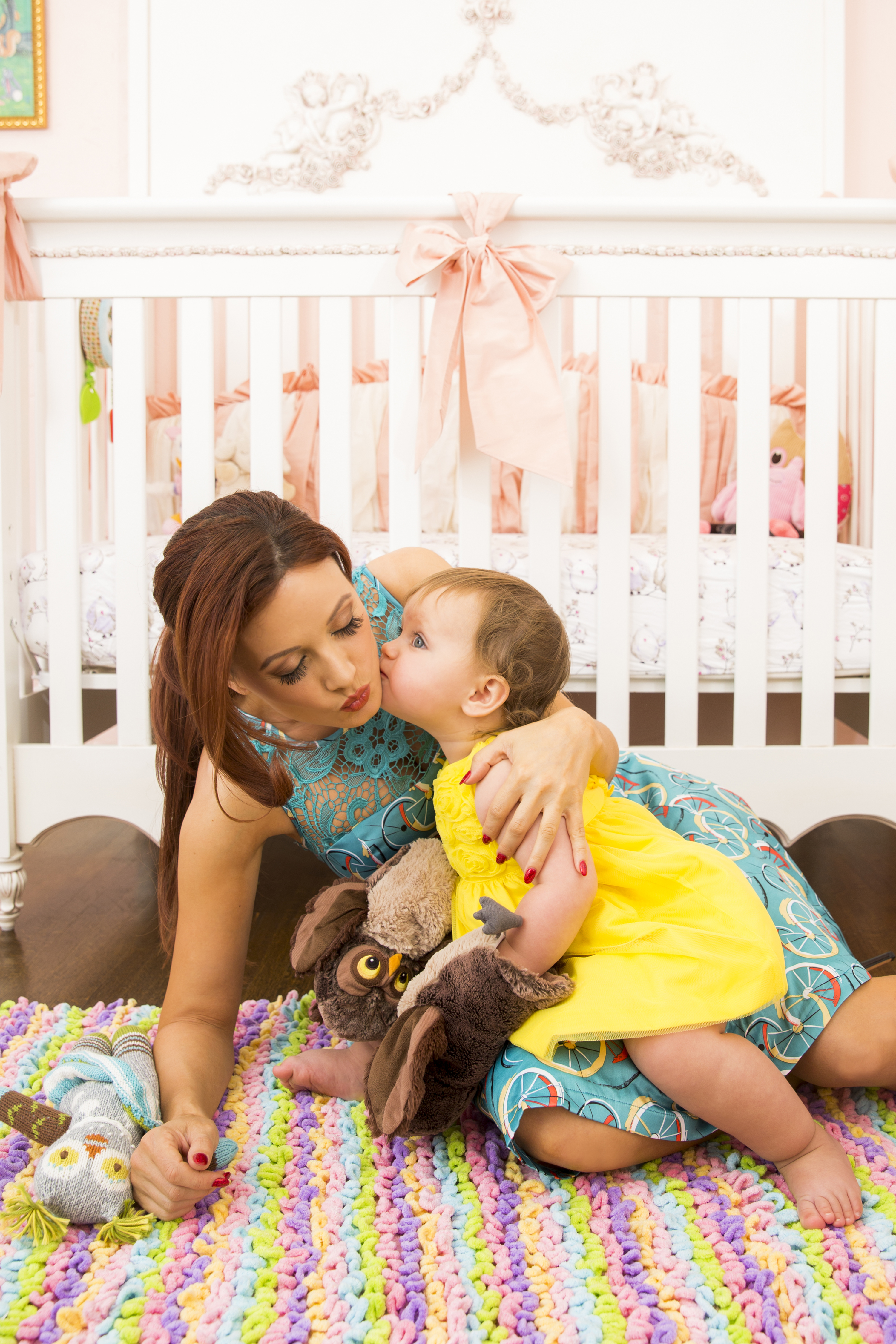 Former Mini cover mom Holly Madison leads a sparkling fairytale life set between Las Vegas and Los Angeles. The Down the Rabbit Hole author has been known to express a deep love for Disney characters and even got married at Disneyland, so when she welcomed her first child into the world, it’s only fitting that she chose a name equally as magical.

Madison and husband Pasquale Rotella are parents to two-year-old daughter Rainbow Aurora and of course, we just had to find out the meaning behind the Mini’s colorful name!

“A girl I went to school with was named Rainbow and I was always so jealous of that name,” Madison shares. “I never thought of it as a potential baby name until I was pregnant though. It just popped into my head one day as if it was the perfect name for the baby. I picked Aurora because it’s my favorite Disney princess, but also because it is a word I heard a lot in Alaska where I grew up.”

How did you choose your Mini’s name? Share with us below!