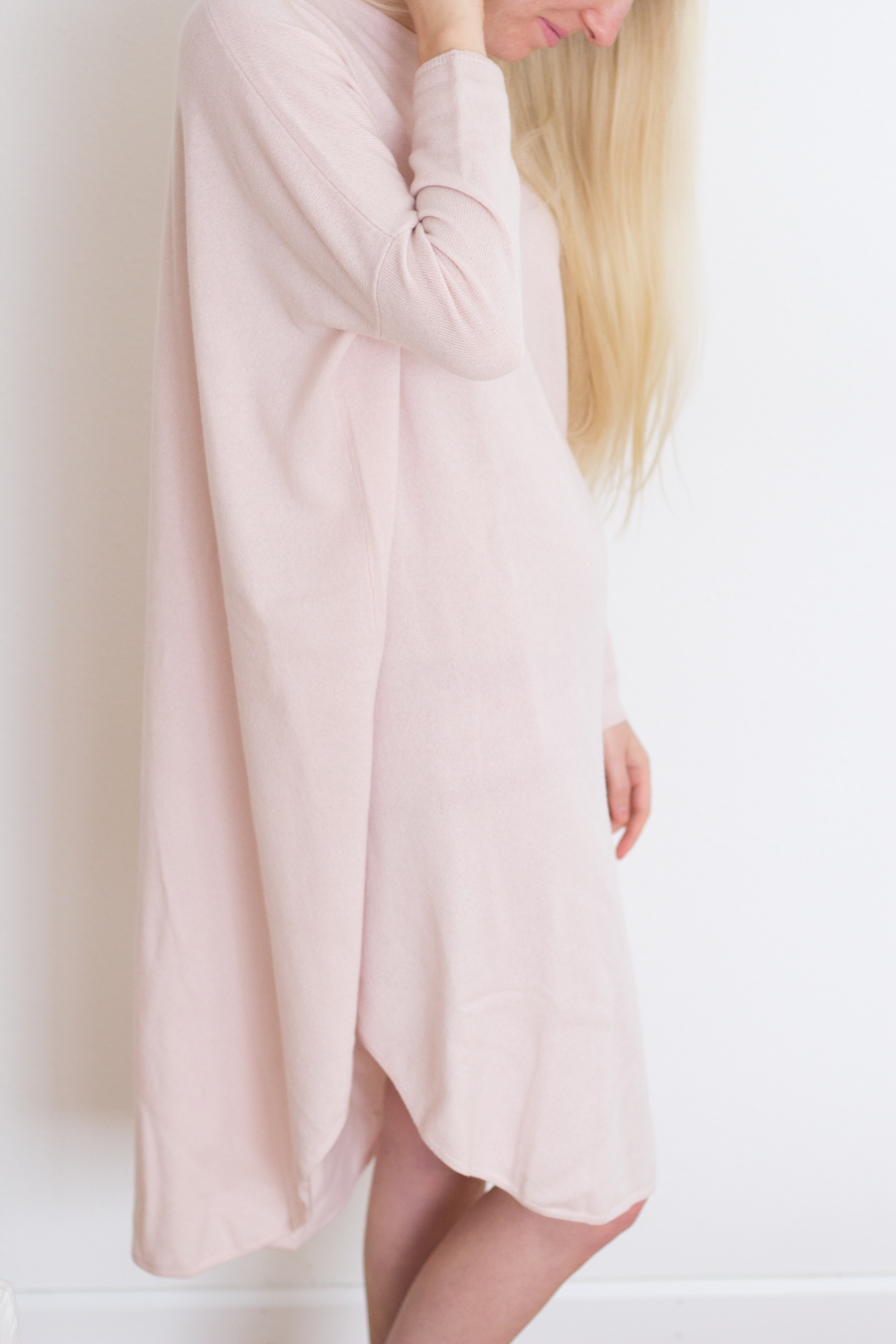 I had an easy pregnancy, in every sense of the word. There was no morning sickness, no strange food aversions, no terrible pains, no appearance of stretch marks. I counted my lucky stars every day after hearing from so many moms over the years—I’ve run Mini Magazine for seven years—just how physically taxing pregnancy can be.

I stuck to a relatively clean diet, just as I always had, trying to limit my intake of gluten, dairy, and most added sugars. I was gaining a healthy amount of weight, baby was moving constantly, and everything on the inside was right on track, according to my doctor.

When the time came to take the dreaded glucose test—where you are required to drink a horrendously sweet liquid and then have your blood drawn to monitor how well your body responds—I was the normal amount of nervous. I’ve always had a fear of needles and even passed out during the initial seven vial work-up that comes in the beginning stages of pregnancy, but I downed the sugary bottle and willingly offered my arm. I figured that given my lifestyle, I would have nothing but positive results and we would continue on that same smooth path toward my due date.

That night came the message from my doctor that I was out of the glucose test’s normal range and would need to report back for the extended test in which you drink the same syrupy beverage and then have your blood drawn every hour, for three hours. I was annoyed, but reassured by a few friends that they “failed” the one hour test and did just fine on round two.

When we arrived for the test, my husband and I were set up in a private room where we could relax for the day-long endeavor. After each draw, a lab tech would set a 60 minute timer that would signal it was time for me to walk back down the hallway and behind a blue curtain, three times.

I was quite shaky when the third draw finished, so my husband and I left, had lunch, and waited for the results to once again hit my inbox. Again, that night, I got less than positive results.

My fasting number was listed as normal, while the next three all stated abnormal. I must have read those results ten times before I called my husband and told him I “failed” the test. I couldn’t stop crying, in fact, I cried all day. I researched if there was any way the test could be wrong, if there was another I could take that maybe was more “accurate.” I was searching for any indication that this somehow wasn’t my fault, that the scarlet GD wouldn’t need to be pinned to my chest, and I could scrub this off of my record as if it was some sort of prenatal felony.

Perhaps the most troubling part was that I felt I had caused it. I jogged my memory from the previous six months, thinking maybe I indulged in too many hash browns that one weekend, or maybe I should have been eating sugar before the test to allow my body to adjust.

I was scheduled to meet with a nutritionist who would analyze my diet, eating habits, and set me up with a handheld pen-like monitor that would prick my finger several times a day and spit out a digital blood sugar reading.

“How much butter do you cook with?” she asked.

“Do you have toast in the morning?” she questioned, looking over a list of meal suggestions.

It seemed I was doing all of the right things to keep my blood sugar within normal range and even my doctor was amazed when each of my readings came back on target, save for the New Year’s Eve fried rice on which I allowed myself to splurge; Mr. Monitor read a little too high that day.

My doctor eventually allowed me to cut back on the number of times I tested throughout the day since I was able to control my sugars with diet alone, seldom seeing a high number. It was a relief to have fewer red pin-poke dots peppering my fingers, and an even bigger one when my daughter was born with normal glucose levels. However, I know first-hand that a gestational diabetes diagnosis can be brutal for a mom who feels she’s doing everything she can to maintain a healthy pregnancy and defeated when she learns she’s “failed.”

Below are three things to remind yourself if you’ve earned the same diagnosis I did with my first pregnancy.

You did not fail.
If you’ve tried your best to eat well, exercise, and do everything in your power to make sure baby is born healthy and happy, you have not failed. Do not let one test cloud your judgment that you are a bad mom or that you’ve somehow tainted your pregnancy. You will be fine, your baby will be fine, and all you can do is listen to an expert’s advice to keep your levels within range.

You did not cause it.
Gestational diabetes is not caused by anything you ate or any prenatal yoga class you skipped. Your placenta produces hormones during pregnancy that block the action of the mother’s insulin and can lead to a build-up of glucose in your blood. When your body cannot make enough or use all of the insulin it has produced for your pregnancy, gestational diabetes sets in. Do not blame yourself— if you need someone to blame, you can blame your placenta.

Your baby can be born perfectly healthy.
Try your best not to stress too much over how your birth may be affected by your GD diagnosis. According to the American Diabetes Association, gestational diabetes does not cause the kinds of birth defects sometimes seen in babies whose mothers had diabetes before pregnancy. There is a good chance your birth will unfold just as expected and your baby will be perfectly healthy— your doctors will just take a few extra precautions to make sure.

Did you have gestational diabetes with your pregnancy? Tell us below!