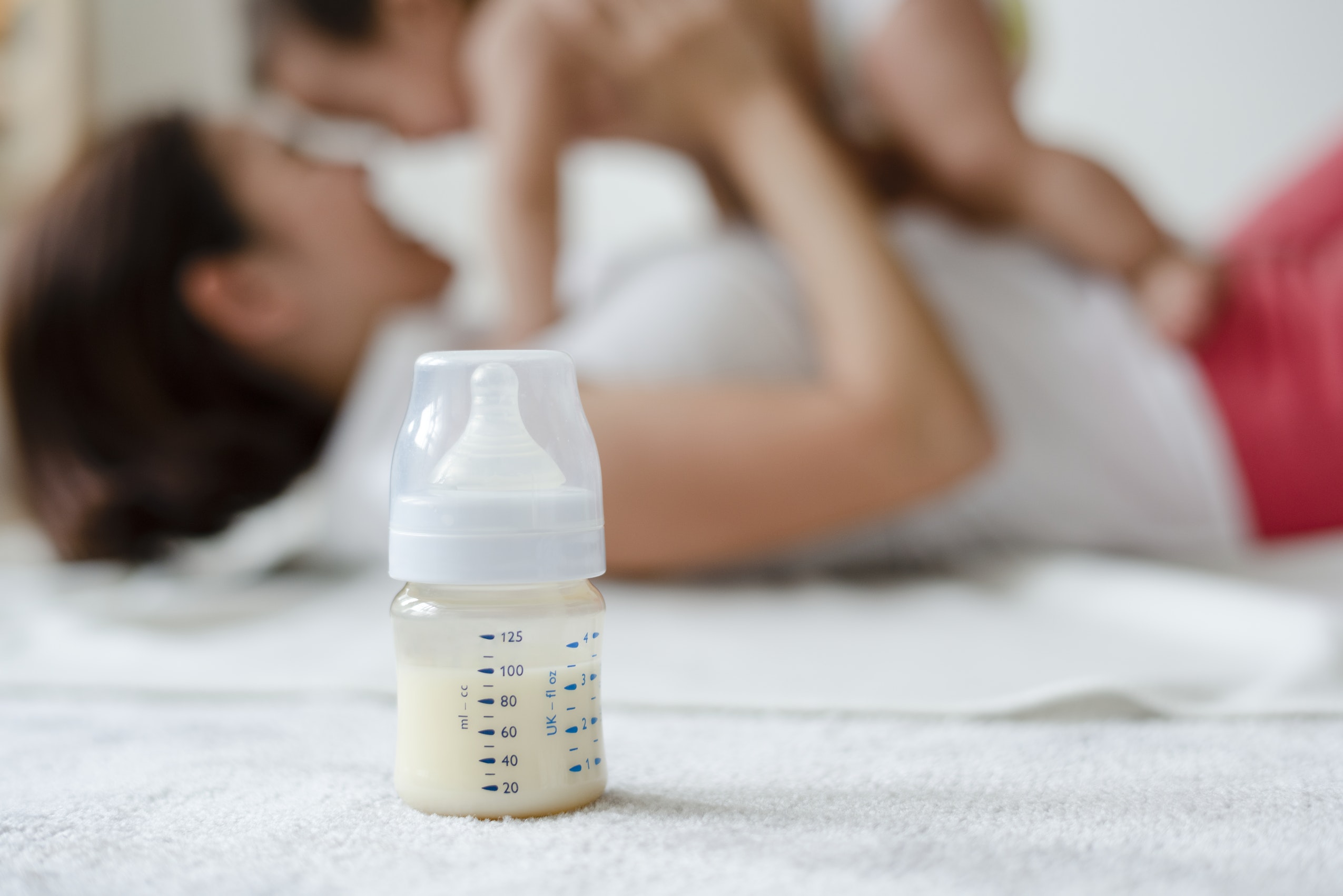 When your baby is born prematurely, there are thousands of thoughts and worries running through your head. Will everything be OK? How long will we have to stay in the NICU? Among many others, these questions quickly wear on new parents, and the last thing you need to add to your plate is whether breast milk will be enough for your newborn.

In the case of extremely premature babies, a mother’s breast milk alone does not provide all of the nutrition these fragile babies need. Preemies require additional energy, protein, and nutrients and oftentimes, doctors will supplement breast milk with what’s called a Human Milk Fortifier (HMF) for feedings.

And while the name does suggest it is human milk being provided, most HMFs are made from cow’s milk. Cow’s milk-based nutrition may be OK for full-term babies, but for every 10% of cow’s milk in a preemie’s diet, the risk of several severe complications increases, according to a report in Breastfeeding Medicine. Among these complications is necrotizing enterocolitis (NEC), a leading cause of death among preterm babies.

But don’t panic! If you find yourself among preemie parents, know there is a better way to supplement breastmilk in the NICU— an HMF made from 100% human donor milk.

Enter Prolacta Bioscience. When their 100% human donor milk HMF is used as part of an exclusive human milk diet (which many parents strive for with their newborns), it is clinically proven to improve the health outcomes of premature babies in the NICU.

You do have a say in your baby’s nutrition in the NICU, and your preemie can benefit from a 100% human milk-based diet. Using a 100% human donor milk HMF is one of the best ways to do it.

For more information on 100% human milk nutrition, check out Prolacta Bioscience or watch this family’s success with an Exclusive Human Milk Diet.

We recently had the opportunity to talk to Melinda J. Elliott, MD, FAAP, practicing neonatologist with Pedatrix Medical Group of Maryland and Senior Director of Clinical Education and Professional Development for Prolacta Bioscience, about her experience with an exclusive human milk diet and the use of 100% human milk-based fortifier in the NICU.

What is one thing you want all moms of premature babies to know?

What is an exclusive human milk diet and why is it important?

An EHMD during the early postnatal period, a diet devoid of cow milk protein, is associated with lower risks of death, NEC, NEC requiring surgery, and sepsis in extremely premature infants according to a study published in Breastfeeding Medicine.

That is why several parent and preemie organizations are calling for an exclusive human milk diet to be standard of care in the NICU. If you’d like to advocate for your baby’s nutrition, this infographic can help you learn more and talk to your baby’s care team.

When used as part of an exclusive human milk diet, Prolacta’s 100% human milk-based fortifiers are clinically proven to improve health outcomes,, for critically ill, extremely premature infants in the NICU weighing between 500-1,250g (1 lb 1 oz to 2 lbs 12 oz) at birth, as compared to cow milk-based fortifier or preterm formula.

NICUs nationwide choose Prolacta’s fortifiers because they know they are getting a safe, standardized donor milk product that is processed in a pharmaceutical-grade facility, under the industry’s most stringent quality and safety guidelines, to protect their most fragile patients.

Traveling with baby? Here’s What You Need to Know About Flying with Breast Milk or read up on the Best Natural Deodorants That Actually Work.

1. Sullivan S, et al. An Exclusively Human Milk-Based Diet is Associated with a Lower Rate of Necrotizing Enterocolitis than a Diet of Human Milk and Bovine Milk-Based Products. The Journal of Pediatrics. April 2010. 156(4):562-567. doi: 10.1016/j.jpeds.2009.10.040. The randomized study of 207 infants weighing 500-1,250g compared the benefits of an exclusive human milk diet with a diet of both human milk-based and cow milk-based products.